Register before May 20 for a Chance to Win One of 3 Microsoft - Surface Laptop Go - 12.4" Touch-Screen ...Register 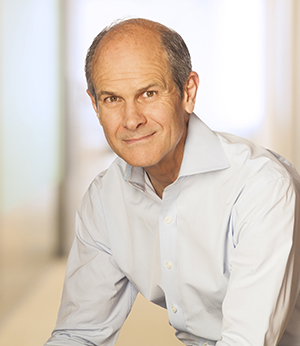 The best companies and leaders win by confronting reality faster than the competition. Geoff Colvin of Fortune delivers valuable insights to help them do just that. His unique perspective stems from unparalleled access to top global business leaders who tell him what they’re seeing, thinking, and doing. As a result, Geoff can provide audiences with a clearer path for an uncertain future. Geoff unpacks actionable insights on the economic, market, political, and technological forces driving disruptive change. Geoff’s columns and cover stories in Fortune have earned him millions of loyal fans, many of whom also hear him on the CBS Radio Network, where he reaches seven million listeners each week.
Geoff Colvin is author of four books including the groundbreaking international bestseller Talent Is Overrated: What Really Separates World-Class Performers from Everybody Else. His latest book is The New York Times bestseller Humans are Underrated which looks at the future of work and how humans will fit into a workplace filled with robots and smart technology. As Fortune magazine’s senior editor-at-large, Geoff Colvin is now in his fourth decade at Fortune. He is one of business journalism’s sharpest and most respected commentators on leadership, management, globalization, government regulation, corporate governance, competition, the economy, the InfoTech revolution, human performance and related issues.

In addition to his daily CBS Radio Network segments, Geoff has appeared on Today, Good Morning America, Squawk Box, CBS This Morning, ABC’s World News Tonight, CNN, PBS’s Nightly Business Report, and dozens of other programs. He also served as anchor of Wall $treet Week with Fortune on PBS. In addition to speaking, Geoff is also a brilliant panel moderator, emcee and interviewer whose subjects have included Jack Welch, Henry Kissinger, Richard Branson, the Prince of Wales, Bill Gates, Alan Greenspan, Steve Case, Tony Blair, Michael Dell, Ted Turner, George H.W. Bush, George W. Bush, Henry Paulson, Ben Bernanke, and many others. Geoff is a respected author whose groundbreaking international bestseller, Talent Is Overrated: What Really Separates World-Class Performers from Everybody Else, has been published in a dozen languages. The Upside of the Downturn: Management Strategies for Difficult Times was named “Best Management Book of the Year” by Strategy + Business magazine. Geoff’s latest book is Humans are Underrated: What High Achievers Know That Brilliant Machines Never Will. It’s based on the idea in his wildly popular Fortune article In the Future Will There Be Any Work Left for People to Do? It looks at the trend of technology displacing more jobs than it creates, and the ways humans will create value for their organizations and their careers in the changing economy. The ideas he shares have profound implications for every business and industry.

A native of Vermillion, South Dakota, Geoff Colvin is an honors graduate of Harvard with a degree in economics and has an M.B.A. from New York University’s Stern School of Business.